A medieval cure for writer's block 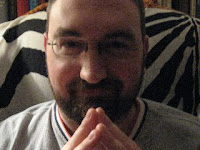 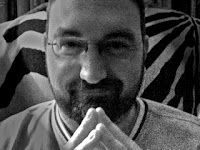 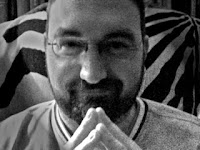 Clive Ashenden, hot from his success of having his last effort, Code Grey (which he starred in, co-wrote and co-produced with Rob Wickings) awarded the Best UK film, screened in competition at the recent Cambridge Super8 Film Festival, has promised to give me a role as a vampire in his next outing, a horror flick.

Both of Clive's parents are practising mediums, and when his mother gave him regression therapy last year, during the treatment, he woke up to find himself incarcerated inside an Iron Maiden, a medieval torture instrument. He is still hesitant to discuss this gruesome experience in depth, but the regression therapy must have done something right, for immediately afterwards, he conquered his writer's block and started scribbling his feature script and an imminent (horror) short, both for Sick Puppy Films (maker of Clive's creation: the notorious Snatching Time).
Posted by Frances Lynn at 3:32 PM