Even though Terence Pepper (OBE) is in the middle of curating his 2015 Audrey Hepburn exhibition at the National Portrait Gallery, he used his precious coffee break by escorting me round the David Bailey show at the museum.

As Bailey’s show takes up the entire ground floor, Terence ideally needed to have taken a break during lunch and dinner besides his coffee slot.

David Bailey used to be my illustrious boss alongside David Litchfield when I slaved for Ritz Newspaper in the late twentieth century.

Bailey had hung his own show, so I found it poignant he had included ancient copies of Ritz in glass cabinets. 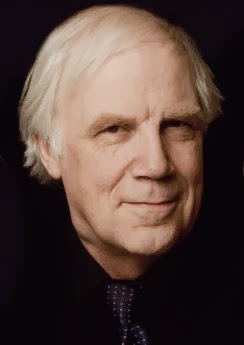 Incidentally, I have a library of Terence Pepper’s signed books of all his exhibitions he has curated at the National Portrait Gallery. I look forward to adding his Audrey Hepburn one to my vast collection).
Posted by Frances Lynn at 7:13 AM 1 comment: