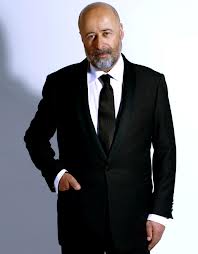 It’s an ode to Richard Young’s popularity as a global celebrity photographer that during a snow blizzard, glamorously dressed people flocked to his vintage champagne fuelled bash at Banqueting Hall in Whitehall last night. 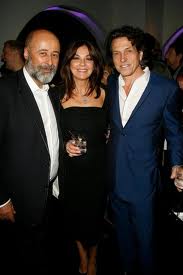 The Champagne Bureau UK and the Richard Young Gallery (owned by Richard and his wife Susan) hosted ‘The First Ever' event with Le Prix Champagne de la Joie de Vivre UK, who awarded a prize to Richard in ‘celebration of his long-standing contribution to Joie De Vivre.’

It was certainly a joie de vivre bash, and even though most of the guests (including Geordie Greig, editor of the Mail on Sunday newspaper) confessed they hadn't fancied venturing out in the Siberian climate, they were all pleased they had made the effort.

I was 'thrilled' I had braved the elements as the first person I met was the party's host, the tall dark and handsome Champagne King Bruno Paillard, who advised me to clutch my champagne glass by its stem.

Hollywood casting director Jeremy Zimmermann definitely looked pleased as he was surrounded by a bevy of women, including perennial party girl Nancy Dell'Olio and actress Perdita Weeks. (Perdita's mother Susan used to take her and her sister Honeysuckle Weeks to castings when they were young).

It was certainly worth going out for the limitless flow of champagne alone. It was also soothing to see Richard and Susan's daughter Hannah Young photographing the guests, leaving Richard to schmooze all night instead of snapping.

Richard told me his Celebrity Exposure documentary, directed by Don Letts (which I feature in) and made by Brassneck TV , has not only been showing in HBO’s Latin America, but is also currently being viewed in Australia, and should soon be doing the rounds in North America.

Some of Richard's iconic photographs were mounted around the banqueting hall, limited editions of which can be bought in the Richard Young Gallery in London.

When Richard and I worked together on Ritz Newspaper in the late twentieth century, I interviewed Steve Rubell at the Savoy.

While I was interrogating Steve about Studio 54, Halston and Andy kept popping into the room. At one point, Victor Hugo (Halston's friend) came in nude except for the dollar bills which were glued to him. Those were the days when the publicists didn't control the media.


Posted by Frances Lynn at 4:13 PM No comments: