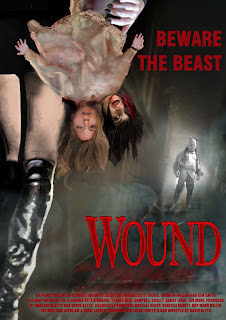 I've already booked myself in to view Wound at this year's FrightFest horror festival at the Empire cinema in Leicester Square.

But Wound, helmed by David Blyth, the controversial NZ film director is an exception. 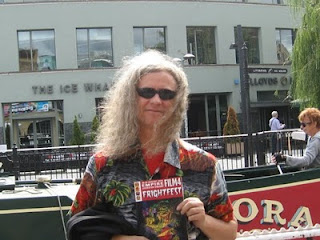 Admittedly, Blyth's new feature film does include images of explicit violence and themes of incest and mental illness, all of which is automatically guaranteed to excite the horror festival crowd. However, Wound is an intelligent well made movie, which will keep its audience guessing until its unpredictable climax.

'It is a psychological exploration of different shards of one's woman's mind. It deals with serious social issues,' Blyth says.

Wound, which was shot over twelve shooting days in the Auckland suburbs of Avondale and Onehunga  has been described as 'an angry nightmare, hellbent on waking up the proletariat and spitting it right in its eye.'

Wound has already attracted notoriety after its screening at the  New Zealand Film festival.  In fact, there were even attempts to ban the movie.

Don't all rush now!
Posted by Frances Lynn at 6:41 AM No comments: 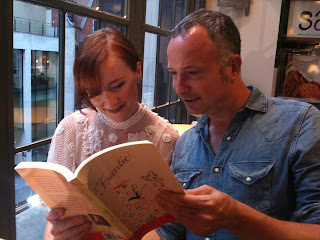 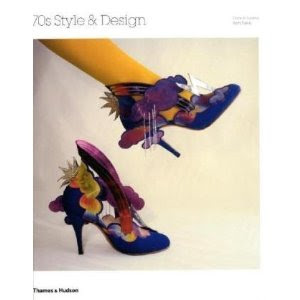 The writer and journalist Dominic Lutyens has co-written with Kirsty Hislop (pic above) the most definitive reference book on the Seventies called 70s Style and Design, which was recently published by the prestigious Thames & Hudson.

Naturally, I was thrilled when Dominic and Kirsty both bought my novel Frantic, which is about the early Seventies.

'Having been everywhere and done it all, Frances brings to life the 70s scenes – from London to San Francisco – that we documented in our book but never got to experience first hand, alas!’ Kirsty adds.

He is now in the middle of producing his next book on the fashion icon Celia Birtwell, whom Karl Lagerfeld once declared to be the best textile designer in the world. Friends of Ms Birtwell, who include David Hockney (he regards her as his muse) are currently going through their archives for photos of Celia for the book.

I don't have a grand piano to put my framed photographs on, so my pics are nailed to the walls. After Dominic Lutyens came round today, he walked off with several photographs of myself. In each one of these snaps, I am dressed in one of Celia Birtwell's unique costumes, which she concocted for the 'late' Radley fashion label years before she designed for Top Shop. So thanks to Dominic Lutyens, my walls are now completely bare.
Posted by Frances Lynn at 9:10 AM 1 comment: