The British Underground of the Sixties Goes To Press 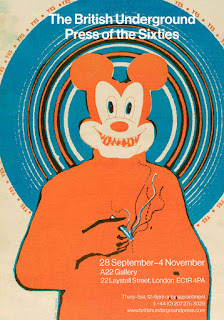 I hope this doesn't read like a well-deserved press release: but If you’re fascinated by Sixties memorabilia, for the first time in living history the covers of every 1960s underground paper and magazine have just been gathered in one publication: The British Underground Press Of the Sixties by James Birch and Barry Miles.


To accompany this mind-boggling event, James Birch, the international art dealer and curator, and prolific author Barry Miles are hosting a major exhibition of the covers and artwork of the underground press in an exhibition at James’ gallery: A22 Gallery, 22 Laystall Street, London EC1R 4PA. From 28 September-4 November.
I predict this unique show will be a historical humdinger, especially as Barry Miles (commonly known as Miles) is a walking encyclopedia of all knowledge relating to the Sixties ‘counterculture.'

One of his late twentieth century credentials includes being the creator (with John ‘Hoppy’ Hopkins) of the infamous International Times in 1966: the first British underground newspaper, which according to The British Underground Press started the news media revolution. 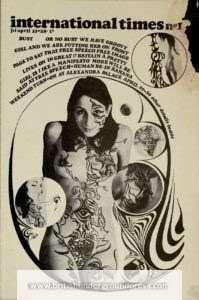 Even though I have no more space left on my bookshelves, I shan't be able to resist purchasing the exhibition's covetable catalogue.

Start wallowing in nostalgia: IT, Oz, Friends, Gandalf’s Garden, Black Dwarf and Ink etc. According to the British Underground Press of the Sixties site, the catalogue also includes the comic books that grew out of the papers, and various examples of the graphics, ads, posters and flyers produced by each publication. 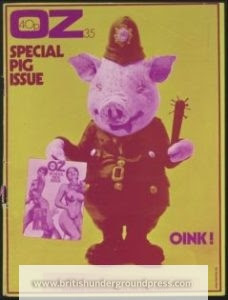 Also, there will be 100 limited edition Groovy Deluxe sets of the catalogue housed in a box each one with an original 1960s issue of IT, OZ and Friends, an original OZ Janis Joplin poster (sob!) and is also signed and numbered by the authors. 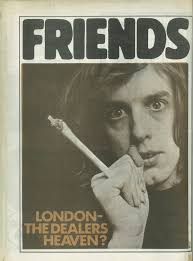 If only I had kept all the magazines in the late Sixties (when I was in nappies!) instead of discarding it all, I would now be rich! 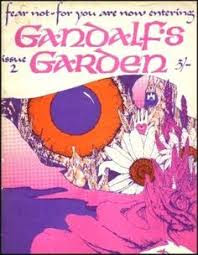 Posted by Frances Lynn at 11:40 AM 3 comments: Links to this post