It’s not often that a twenty-two year old ingenue has her debut CD produced by her dad. But my niece - singer-songwriter Caroline de Lone has. Her father Austin de Lone has just produced her first album titled Fingerprints. 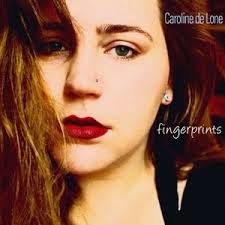 Austin is a musician as well as a record producer and has been nurturing Caroline's all round musical talents since she was a baby. I know I'm the proud aunt, but Caroline has got the most gorgeous voice.

For Christmas, Caroline sent me a preview copy of Fingerprints, which I’ve been playing non-stop. I particularly love her stirring tracks Places, and Man UP which to my untrained ear are potential pop hit singles.

Caroline is unveiling her Fingerprints CD at the legendary Sweetwater Music Hall in Mill Valley on Wednesday February 11th. (Show starts at 8 p.m. Admission: $5). Fortunately for the over subscribed audience, Caroline is a riveting singer and performer and I can safely say she will do her CD more than justice. A star is born?!
Posted by Frances Lynn at 7:57 AM No comments: Links to this post