I'm currently taking a much needed vacation in northern California (Mill Valley), visiting family: my sister Lesley and musician brother-in-law, Austin de Lone, and their two offspring: Caroline and Richard de Lone. I always find that going away on holiday gives me loads of fresh ideas and this trip is no exception. I had decided not to take my laptop so that I could take a break and rest my hands, but as there is a iMac in my bedroom in the holiday house, I am compelled to write ..... after I go to the Mabel John concert (her special guests are Bonnie Raitt and Austin de Lone's daughter, Caroline de Lone and the Christmas Jug Band's gigs while I'm here.
Posted by Frances Lynn at 4:01 PM No comments:

Les Mason gives psychic readings at the Psychic Circle under his professional name, Theo (He's one of the most popular clairvoyants on the site). He also gives private readings: he's a brilliant psychic and I should know: I consulted him a few years ago, when I was confused about which writing project I should pursue. Should I write Crushed, my YA novel, the script, the play, my laundry list etc?! Les predicted my novel was the most likely one to initially succeed. In retrospect, he was right. Les has just featured in a magazine article in "The Circle" magazine, and next week (Monday September 22), he will be appearing in a BBC documentary called "Dom's On The Case" at 9.15 a.m. He recently appeared on BBC'S Breakfast TV, being filmed having teeth implants put in under hypnosis, the first man in England to be brave enough to do so. Les is not only the psychic to the stars, but he is also a star himself.
Posted by Frances Lynn at 6:43 AM No comments: 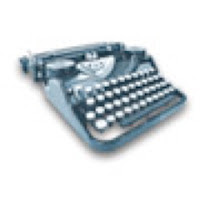 I went to a new book co-op meeting at the Writers' Guild of Great Britain's office in Kings X at lunch time. (Tasty catered food). The co-op will be a non-profit making limited company, but the Guild is supporting it. One of the co-op's aims is to help book writers (traditionally published and self-published) with their marketing. A brilliant idea! When my two novels ( "Crushed and "Frantic") were published in 2006, I had to promote them myself on the net: a time consuming learning curve. The new book co-op will be extremely useful when I (finally) finish my third novel.

I thought the meeting was very interesting. At the end of the meeting, an enthusiastic writer/poet called Leo Aylen wrote down headline stuff like: 'Are you interested in additional distributing for books? Are you thinking of self-publishing? Are you interested in joining a writers' co-operative open only to Guild members? The first stage is to create a website with a page given to every subscribing member. The cost will depend on the number of subscribing writers.' He then stormed into see the Guild's Assistant General Secretary. 'Print that in the e-bulletin,' he commanded. It was just like, 'Hold the Front Page!' This new book co-op is going to have another meeting quite soon. Material for a new play, perhaps?!

Posted by Frances Lynn at 1:51 AM No comments:

Before John Kobal, the film historian died (he had the largest movie stills collection in the world), he was writing a book on Cecil B. De Mille which unfortunately didn't get published posthumesly. He used to call me at the crack of dawn every morning without fail and a) inform me how his writing was progressing, and b) how many pages he had just printed out in order to put in his file. I have just unearthed a shocking pink file in my (cluttered) office and now want to print out my work-in-progress novel's pages to file. Mind you, when I do print out what I have written, it looks (horrible and) completely different than what it looks like on the screen. But now, I am thinking perhaps a green file I've got would be more suitable for my new book! I have started to write again but I can't resist procrastinating.

Posted by Frances Lynn at 3:56 AM No comments: 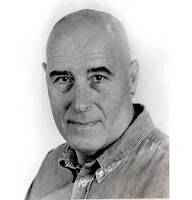 My RSI has been so chronic recently, I recently consulted a powerful healer called Sat Raimondo after a friend insisted I see him. I was praying for a miracle and got it. Sat Raimondo works from his home in central London and I arrived not knowing what to expect: I've never consulted a healer before. He instantly made me feel at ease by talking about ordinary things. He was absolutely charming. He sat me in a chair and did spiritual healing on me. He told me to shut my eyes, so I was unable to see what he was doing. I felt a deep heat when he lightly touched my limbs and hands and immediately I felt incredibly relaxed. I had no sense of time so didn't know how long the healing session took, but afterwards, he gave me the most wonderful massage on my hands for ages. Afterwards, I floated back home on the tube, completely oblivious to the rush hour crowds. He must be a miracle worker as he seems to have cured me. Since going to him, I have been typing frenetically without my thumb joints threatening to pop out of their sockets. Since going to him, my writer's 'block' has disappeared and I'm full of creative ideas. I know who to consult when I get blocked with my writing again.

(Sat Raimondo, who also gives all kinds of healing including Reiki, also does psychic readings and Indian head massages. He can be contacted on 020 7242 2163 or at satraimondo@hotmail.com).
Posted by Frances Lynn at 2:06 PM 1 comment:

Art on the Underground 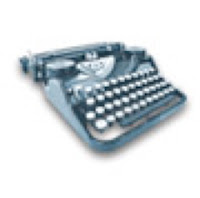 Art on the Underground want to use extracts from my novels Frantic and Crushed in a book called "Piccadillyland", which will be distributed at both ends of the Piccadilly line (Heathrow Terminal 1,2 & 3, Cockfoster and Uxbridge) between June and December. Extracts from my books were chosen because I happened to mention several Piccadilly tube stations in my prose. Somebody who works for London Underground must have read my books thoroughly to discover this information, info which I had completely forgotten I had written! The book will contain extracts from 120 authors, so I presume they all wrote about stations on the Piccadilly line ..... I would love to know which employee on the London Underground has taken time out to read all these books.
Posted by Frances Lynn at 1:09 PM No comments: