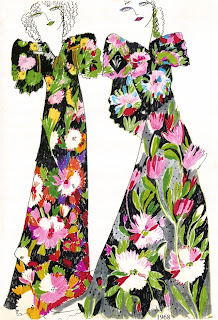 One of my Fave Rave blogs is Dominic Lutyens and Kirsty Hislop's  Flashin' on the 70s.

Dominic and Kirsty,who co-created the sublime 70s Style & Design bible have an eye on the fashion and style pulse, irrespective of what decade they choose to write knowledgly about.

So why is their blog one of my favourites? Because they have now blogged about me of course!

Not only did they plug my novel Frantic, but also its cover designer Celia Birtwell, Amanda Lear,  Jack Nicholson, Bette Midler and also the legendary Cockettes too.

Not bad for one sole blog entry about the 70s!
Posted by Frances Lynn at 3:05 PM No comments: Links to this post

Christine Keeler is For Sale On Cork Street 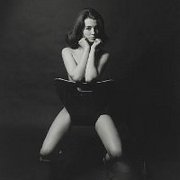 James Birch, the most ingenious art entrepreneur/dealer in the world of contemporary art, curated the gallery's sensational exhibition about Christine Keeler who sold him her collection of personal photographs.

All I can say is, this show is a MUST SEE for aficionados of the Profumo Affair. (For the 'younger generation' who didn't live through the scandal and have consequently never heard of Christine Keeler, Profumo's affair was caused by him not realising Keeler was 'two timing' him with Yevgeny Ivanov, a Russian spy,  a juicy scandal which rocked the Old Etonian stuffed Harold Macmillan's government at the time).

Today, Keeler would be feted as a 'Get me Out Of Here' celebrity, but in the early Sixties, she was slagged off as a 'call girl' in the national press even though prostitutes couldn't be 'called out' as mobile phones didn't exist in those days!

Christine Keeler's Life in Pictures is a priceless view of England's early Sixties Establishment history. It is fascinating to see her life unfold from her early days as a bikini clad glamour model (pictured with her then boyfriend Michael Lambton), and as a showgirl at Murray's Club where she met the infamous Stephen Ward who introduced her to Profumo.

Also, it was intriguing to see pics of her by 'celebrity' photographers like Duffy, David Bailey, and of course the famous photograph of her on the chair by Lewis Morley in 1963 (pictured top). This pic was decorated with red stickers.

At the packed out opening, I bumped into the artists Adrian George, C. Morey de Morand (nose to nose with the legendary John Dunbar) and Duggie Fields, who were all working the art dealer filled room individually.

Also, the prolific (London calling) Barry Miles (commonly known as 'Miles'), who wrote the forward in the exhibition's picture stuffed glossy catalogue (a collector's item), the ubiquitous social commentator Peter York and John Ralli, co-founder of Fix-A-Frame where a lot of the artists at the bash went to get their 'masterpieces' framed at the onset of their careers.

There were also plenty of old reprobates including Anita Pallenberg. But Christine Keeler didn't show.

I would have stayed longer to mingle with the surviving Christine Keeler set, and also people I haven't seen for thirty years (the old Daily Mail gossip columnists were still on their beat),  but I had to rush back home to watch the final of MasterChef!
Posted by Frances Lynn at 3:36 AM 2 comments: Links to this post