A Surprise Promenade Plan for London 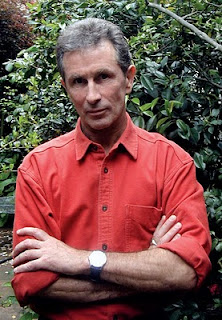 Michael Davis (pictured by Piers Atkinson)  is an ingenious designer, who has created some of the most innovative pads in London including ones for Zandra Rhodes and Andrew Logan (thanks to Michael's vision, his unique S.E.1. studio is extraordinary).

Michael's mission in life, which started when Ken Livingstone was the late mayor of London consists of battling to  get his ingenious London Promenade idea off the ground.

'It would be the logical conclusion to the successful but partial and piecemeal improvements to the River Walk over the last decade. Significantly enlarged, incorporating jetties and piers, over the water and under bridges, the London Promenade would benefit the capital as a whole by creating a new, accessible, major waterfront park for the 21st century,' Michael enthuses.

Although the construction of the promenade would cost millions and involve four new piers, at Oxo Wharf Tower, at the west entrance of the Tate Modern, at Borough Market and at Potter's Field, it seems a logical plan. For it is estimated that it would bring a further 30 million people to the riverside and an extra £650 million in per annum.

Thanks to Michael's persistent and fervent crusade over the years (I wouldn't have been surprised if he had resorted to parachuting into London's City Hall with a bribe box of Cadbury's Milk Tray for Ken or Boris), according to the Twitter updates on the London Promenade blog, it finally looks like his promenade idea could actually happen in time for the Olympics.
Posted by Frances Lynn at 4:21 AM

You certainly write about more interesting things than Baz Bambigboye does.