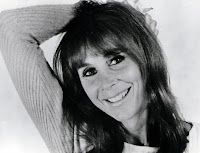 At character actress Marianne Stone's (above pic) fun and tearful memorial party held at Lauderdale House, I was impressed how Mary Noble's (Marianne's real name) youngest daughter Kara Noble manages to stay best friends with all of her exes.

Although Kara (who now has a Property Empire) emigrated to Los Angeles after her glittering career as a radio presenter came to an abrupt end, she has managed to stay closely in touch with all of her ex UK based husbands.

While she was entwined with Bruce, her current American beau at the bash, she merrily reminisced with three of her ex-husbands: husband number one - Robert Frew (bottom pic - on the right), an antiquarian book seller and father of Kara's son Nick. Husband number two: ex-Capitol Radio producer Simon Booker (pic 6), now a TV writer. Partner number three: advertising guru Nick Fox (bottom pic - on the left), a scion of the Fox's Biscuit Family, and even an old flame whom she dated in her teens: the musician and film composer Nick Laird-Clowes (pic 5) when they both had waist length hair.

What's also amazing is that all of Kara's ex-husbands and partners are all the best of friends. How does she do it?! 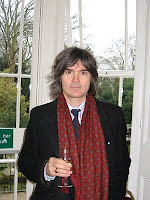 You wrote a good review on this article. I can see a good blogger in your article. And you presentation is also good. Keep on posting the good articles. This is offering a Filmview Services: Video Production Sydney, creators of professional video productions, motion graphics and video editing that engages, entertains and intrigues your audience. Specialists in film, broadcast & event content for screens click here Professional Video Production sydney

Oh my, all your exes in one room. At once. What a hideous vision....

I guess they all shared the same passion at some point, but I still do not wish to experience it! :-)

Thanks Kiria xx Please keep me up to date with your album. We must meet soon!! xx