A Vintage Designer Dress Gets Handed Down Through The Generations 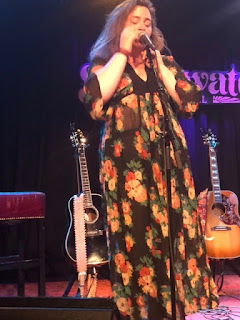 I grabbed this divine Ossie Clark/Celia Birtwell dress from the rails at the defunct Radley showroom during the late Seventies. After I wore it to death at bashes like the Playboy parties at Stocks House in Hertfordshire, I passed it on to my sister Lesley. She lived in it when she was pregnant with her daughter Caroline de Lone.