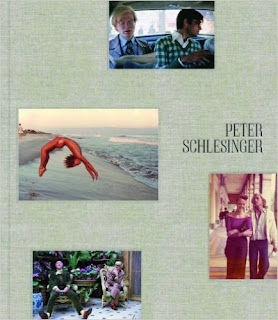 When the sculpturist and painter Peter Schlesinger took a photo of me wearing a silver metallic jump suit, hanging onto the light fittings at my house during the early Seventies, little did I suspect his impromptu snap would one day appear in one of his books.

Peter’s new photographic book, the long awaited sequel to his Checkered Past visual diary is titled Peter Schlesinger A Photographic Memory 1968-1989. It’s an appropriate title because all the nostalgic photos in Peter’s fascinating new book are of his old friends from the orbits of fashion, art, showbiz and society, preserved in their prime of youth. 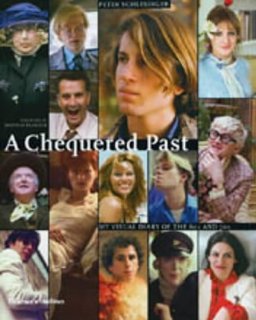 Extraordinary private pictures of David Hockney, his muse Celia Birtwell, Paloma Picasso, Cecil Beaton and Amanda Lear are just some of the exquisite subjects whom Peter took impromptu snaps of with his natural gift for composition and originality.
Peter’s partner, the multi-talented Swedish photographer and writer Eric Boman features heavily in the book, which is just as well as he was regarded as being the most beautiful boy on the block.

One of the cinema verity styled photos of him and Manolo Blahnik looking slightly anxious in the crowded Notting Hill Gate’s carnival made me laugh.

The photographs are all multi-dimensional works of art, which necessitates one viewing them again and again. Schlesinger’s photographs, which have a film still quality will never go stale.


People who didn’t personally know Peter’s international group of friends including the likes of the artist R.B. Kitaj, Christopher Isherwood, Bryan Ferry and Andy Warhol should none the less appreciate this fascinating book.

Viewing Schlesinger's photographs is like being rewarded with an intimate glimpse into his carefree life during the late Twentieth century. For example, It’s hard to imagine now driving along a deserted Pacific Coast Highway in Santa Monica which Peter's snap captured.


Peter Schlesinger, whose sculptures are incidentally totally original has produced an unique book which effortlessly records the joi de vivre of his glamorous and individual friends in a less congested world.
Posted by Frances Lynn at 8:28 AM