Honeybee Has Never Been More Fashionable 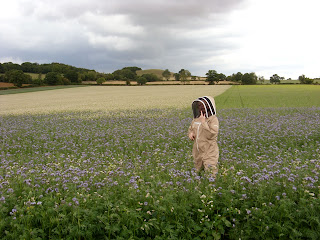 My honey addiction soared out of control after I first bought and devoured the most delicious honey ever from the Honey Bee Suppliers' stall at London’s Marylebone Market.

The Honeybee company is run by Viktor Zaichenko, a Ukranian bee farmer and his 'Queen Bee' English wife Lucy, who were married in 2009.

They are based in rural Oxon, but fortunately for honey crazed Londoners they also sell their wares at farmers’ markets besides Marylebone: South Kensington’s Bute Street Market, Brixton, Twickenham and Ealing Market. 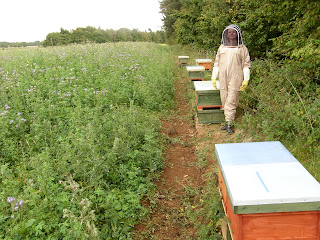 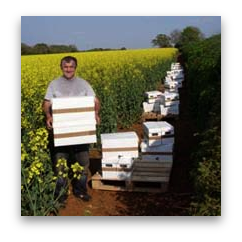 When I first met Lucy and Viktor at Marylebone, and impulsively bought four jars of their honey (Pure Oxfordshire clear honey, Creamed Cotswold honey, Pollen enriched honey and an actual honeycomb), I hadn't studied their informative Honey Bee Website . When I did it was an education.

They  started with just 29 colonies, full of varroa, and worked from a cramped garden shed and the back bedroom of their house. 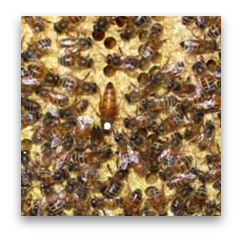 Since then they have raised a numerous amount of Queen Bees and Nucs, and at this present moment they have 700 colonies, 'all strong healthy and productive and all free of diseases.'

Viktor has spent his entire life working with bees. When he was a small boy growing up in Ukraine, he learnt from his father how not to be a bad bee keeper.

Victor, who took his degree in Zooloogy and Animal Science at Kiev University has ‘an excellent track record in treating bees with varroa and other related diseases, and a strong belief in breeding only from healthy and productive stock.' 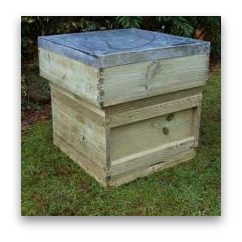 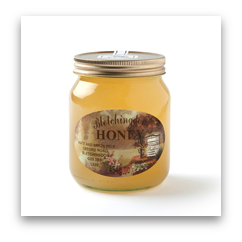 Besides  rearing and selling bees and flogging their honey in bulk, Honeybee also sell beehives which is very useful for the recent glut of amateur beekeepers, who keep bees in town as well as in the country.

Lucy, who is in charge of the company’s sales and admin also develops her own skin care range, using royal jelly, bee venom, honey and other bee products.

'I get the royal jelly straight out of the beehives and slap it on my face. It’s so much more natural than Botox,’ she quips.'

‘We are just about to start packaging the verbena and lemongrass, and the lavender and the rose geranium. We've been curing for a month, once they have cured they are ready but up till that point we daren't wrap them in case they go soggy. Soap making seems to be quite a science,‘ she says.

As Honeybee weren’t going to be at Marylebone Market for another month, Lucy suggested I meet her at St Mary’s Hospital Paddington where she had just been enrolled on an anti bee venom course.

Unfortunately for Lucy, she is allergic to bees which is ironic considering she is married to a bee farmer. As she almost died after her last bee sting, she was admitted onto the course, which is full of beekeepers.

‘They inject me with bee venom and I have a larger dose each week, so by the end of my sixteen week course, I will have the equivalent of 3 stings of bee venom in me. That will give me protection.’ Lucy told me before handing over my bounty at St Mary's: six jars of assorted honey in glass jars she had bought down from Oxon to London on the train.

Fortunately, I had bought my shopping trolley with me and gingerly pushed my precious honey cargo all the way down Edgware Road, very careful not to bump into anyone.
Posted by Frances Lynn at 5:37 AM